Oct 24 Comments Off on A Drunken Haze: The Problem with Mixing Booze and Pot

Source: A Drunken Haze: The Problem with Mixing Booze and Pot

The Canadian government is trying to prepare the country for when it legalizes marijuana. While a regulatory framework is still in progress, the distribution of marijuana has been a highly discussed topic.

The most likely result is that the Federal government will be controlling the marijuana supply with provinces left to deal with distribution. Among the different possible distribution concepts, Ontario has been leaning heavily on the idea of distributing recreational marijuana through the LCBO.

Though it seems to be a  common choice as a distribution model for a controlled substance, there are a few  things to consider. 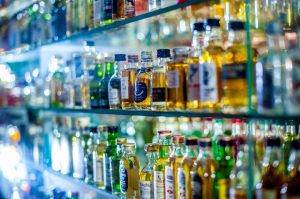 The first challenge that the LCBO model distribution method faces is that it could stifle the market for purchasing marijuana. With the exception of The Beer Store, distilleries, breweries and wineries, LCBO is the only major retail outlet licensed to distribute alcohol in Ontario.

With the certainty of extremely limited availability and supply and the related concerns regarding stigma of purchasing marijuana, potentially in front of children, the public would most certainly not benefit from an LCBO-based distribution model.

With many marijuana dispensaries popping up, it is not hard to imagine how this model may change the market when applied to marijuana distribution:

Using Alcohol and Marijuana Together

A second obvious side effect of distributing through the LCBO is that it would provide ample opportunity for people to purchase marijuana and alcohol at the same time. Though it is enough to cite health reasons for why alcohol and marijuana shouldn’t be mixed, it’s no mystery that both are already being used together. It is known as cross fading. 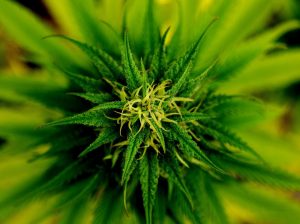 When used individually, each substance comes with its own negative impact on the brain. When combined, the effects of alcohol and marijuana can be amplified and increased. For instance, using both substances together can worsen the impact on your motor skills, leading to a higher risk of a car accident than if you had used either substance alone. Drunk driving and driving while high is another issue to contend with.

Most notably, the order in which you consume either substance also has an impact on the resulting effect. If you get drunk when already high from marijuana, you experience the pleasing effect one would expect from being drunk and high.  Yet, if you drink alcohol before marijuana, the resulting effects are dizziness, vomiting, anxiety, and feeling sick after ingesting too much THC, otherwise known as greening out.

According to a study by the American Association for Clinical Chemistry (AACC), mixing alcohol with marijuana increases the THC concentration in a person’s blood. Alcohol increases marijuana metabolitesin the bloodstream. With alcohol targeting the nervous system and blood vessels, the absorption rate of THC can increase and hence cause a person to “green out.”

Conventional wisdom would suggest that selling two things that don’t go well together is a bad idea.  There’s a reason why you can’t smoke while pumping gas – it’s dangerous – or why you’d never sell fireworks in a children’s toy shop.

It also makes sense why laws are stricter concerning drug offences near schools.  If the government wants to highlight the concerns regarding drinking and smoking – it would seem an obvious step to take would be to physically separate the distribution of these distinct, controlled substances.

So is selling recreational marijuana in close proximity to alcohol a good idea?  In our opinion, it’s not smart policy.  This is just one question among many that are still being asked and used to guide the direction in which the government will go, and there are recommendations being submitted on the overall policy.

Thus, hopefully, through open discussion and more research, the legislation will be able to accommodate both public and private points of sale.

One of the world’s first large, controlled trials of cannabis for melanoma launches in Australia
Marijuana is being called in to fight one of the world’s deadliest, scariest killers — a type of cancer caused by your next summer vacation.

Researchers at the University of Canberra have announced a $1 million research project with Israel-based Cann Pharmaceutical to see if the compounds in pot kill live cancer cells in humans as well as they do inside test tubes and mice in the labs.

Starting next year, patients will get medical-grade, whole plant extracts of specific cannabis strains alongside their current standard of care for melanoma. About 55,000 Australians have the dangerous cancer of the skin, which can be caused by sun damage to skin cell DNA. Less than ten percent of patients survive skin cancer that has spread underneath the surface of the skin.

“Australians have the highest rate of melanoma in the world, with estimates of more than 13,000 new cases to be diagnosed in 2016 alone,” said University of Canberra Professor of molecular and cellular biology Sudha Rao. “When you consider that melanoma is the third most common cancer in Australia and New Zealand, and almost 1,800 people will die as a result of this cancer this year, we need to work harder at finding effective treatments.”

The active molecules secreted by the cannabis plant, the cannabinoids have been shown — in various cell, and animal and very small human trials — to contain the potential to cause cancer cell death (apoptosis) and prevent cancer’s acquisition of blood supplies (by blocking angiogenesis).

Countless patient self-reports also attest to the use of topical cannabinoids to treat cancerous skin lesions.

Large-scale, double-blind placebo controlled human trials should commence immediately. However, the United States government — which funds the majority of the world’s cancer research — treats cannabis as the most dangerous drug on the planet, alongside street heroin and the hallucinogen LSD. Opioids like OxyContin and Vicodin are deemed safer.

A pure pill form of cannabis’ main active ingredient, THC, (which causes euphoria) has been around since 1985. By contrast, CannPharmaceutical specializes in whole plant formulations.

“The effects of all these compounds working together and regulating each other will be much different than the effects of any one compound working alone, which is why synthetic cannabis drugs produced of only one compound are reported in most case studies by patients to lack the effectiveness of whole plant medicine,” the company states. “… cannabis is a composition of many different compounds that work together to produce a faster and better outcome. Alter this – you lose the effect.”

This is a must-watch video featuring some of the top researchers on the healing effects of Cannabis (Marijuana) in it’s raw form, eaten or juiced. Eating raw cannabis as medicine, dietary essential: new research. Cannabis is a dietary essential that helps all cell types function more effectively. Is a medicine: anti-inflammatory, anti-oxidant, probably has some direct activity against cancerous cells. This plant can do phenomenal things, but not if you aren’t taking a high enough dose. 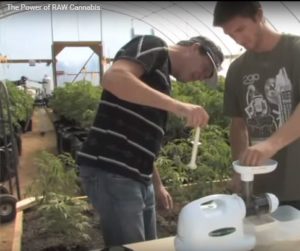 A South Carolina Senate subcommittee on Thursday advanced a bill that would allow the clinical testing of cannabidiol oil (CBD), which is derived from the marijuana plant.

The oil has been used to treat severe forms of epilepsy, but is illegal in South Carolina. The bill by Sen. Tom Davis, R-Beaufort, seeks an exemption for the medical marijuana extract that does not include the THC chemical that creates the marijuana “high” sensation. It now heads to the full Senate Medical Affairs Committee.

Dori Lovell of Summerville told senators Thursday that the legislation is moving too slowly for her three-year old grandson Julian, who was born with a brain disorder and suffers from severe seizures. Lovell openly sobbed as she said her daughter and family left their support system, their jobs, and the state in an attempt to seek relief for her grandson.

The Obama administration handed backers of medical marijuana a significant victory Friday, opening the way for a University of Arizona researcher to examine whether pot can help veterans cope with post-traumatic stress, a move that could lead to broader studies into potential benefits of the drug.

For years, scientists who have wanted to study how marijuana might be used to treat illness say they have been stymied by resistance from federal drug officials.

The Arizona study had long ago been sanctioned by the Food and Drug Administration, but under federal rules, such experiments can use marijuana only from a single, government-run farm in Mississippi. Researchers say that the agency which oversees the farm, the National Institute on Drug Abuse, has long been hostile to proposals aimed at examining possible benefits of the drug.

“This is a great day,” said the Arizona researcher, Suzanne A. Sisley, clinical assistant professor of psychology at the university’s medical school, who has been trying to get the green light for her study for three years. “The merits of a rigorous scientific trial have finally trumped politics.

Millions of ordinary Americans are now able to walk into a marijuana dispensary and purchase bags of pot on the spot for a variety of medical ailments. But if you’re a researcher like Sue Sisley, a psychiatrist who studies post-
traumatic stress disorder, getting access to the drug isn’t nearly so easy.

That’s because the federal government has a virtual monopoly on growing and cultivating marijuana for scientific research, and getting access to the drug requires three separate levels of approval.

Sisley’s fight to get samples for her study — now in its fourth month — illuminates the complex politics of marijuana in the United States.

PHOENIX — A University of Arizona doctor has been given approval from a key government agency to conduct studies that could put the school at the forefront of medical-marijuana research.

The Public Health Service has said Dr. Suzanne Sisley can proceed with her plans to study whether the drug, which remains illegal under federal law, could be used to treat people with post-traumatic stress disorder. Sisley said this would be the first-ever study of its kind.

That approval, which came late last week, is not the final hurdle. She still needs permission from the U.S. Drug Enforcement Administration.

Read More
Oct 26 Comments Off on The Margolin Guide